Name: Alex Hawkins.
Alias: Alex. (He has no secret)
Costume:

The only thing he wears as a costume is a bandana around his face, he also has tribal tattoos all over his arms, from top to bottom Powers: The ability to summon and use electricity as a weapon, he can also drain electricity from any electrical equipment or natural phenomenon that has electricity in it so power himself up, he can also heal himself if he drains electricity from things, but only if he does that. He can also drain the life from a person and convert it into biological electricity, but he only does this on extremely rare occasions. Alex can also turn his electricity to any shape he desires, but it will drain away eventually so if he wanted a shield made of energy, he can’t keep it, Alex also has a weapon called ‘The Amp’ it harnesses his electricity and uses it in a physical weapon.

Personality: Alex is generally a quite kind and quiet person, once he knows a person well, he can completely pour himself out in an instant, if someone he knows is in danger Alex will also go into a fit of rage until he believes he has made his point.
Physical Description: Alex is 5’ 11” 11 stone 3, quite thin and slightly muscular, short dark brown/black hair, Deep blue eyes. History: Alex’s powers came from his grandfather Cole Mcgrath, once Alex found out that his father was the Electric demon from New Marais, he spent years trying to recreate the bomb that gave his grandfather his powers, once he created it, he set off the bomb not knowing what the consequences would be, it killed everyone within a twenty mile radius and powered him up using their old life energy, after that had happened he decided to devote his life to only helping people now, never wanting to hurt but he knows that sometimes he must.
Misc. Notes: Alex is addicted to electricity and sometimes he’d be willing to do anything to get it, as well he loves very, very easily, so it’s awfully easily to break his heart. 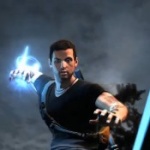