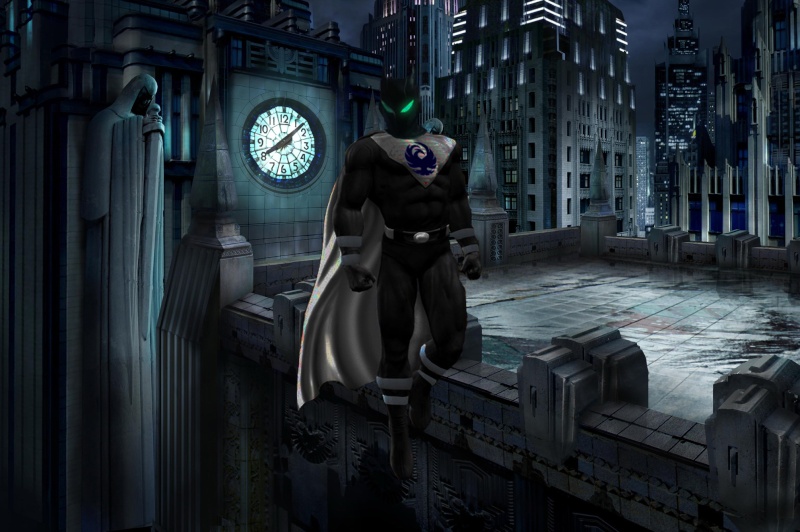 History: Tim Azuregos grew up in a wealthy family, he enjoyed his time of going out to clubs, casinos and hotels. Yet he always thought there was a part of him that was missing something almost as though a part of him had not come out into the world.

It was on one night when he was going to a casino he had noticed a group of thieves breaking into a bank. Tim Azuregos went over to see if he could stop them from robbing the bank, the thieves however didn’t take this very well and one of them started beating him with a pole. As the thief swung to hit him a third time, Tim Azuregos turned around and froze the thief in Ice. The other thieves reacted by firing their guns at him only to watch as they bounced off his chest. He then walked over to them and crushed their guns with his hands, before knocking them unconscious.

He then was on his way back to his home when he heard that his parents had been killed in a car explosion which was set up a group of criminals. In his anger he thought that it would be better if he ended his life, so he went to the top of a building and jumped off, only to realise that he in fact could fly.

He then came to a decision to try and help defend the city from crime, and started constructing a suit to hide his true identity. Once he had made his suit he decided to go by the name of Dawn Tempest, which did cause some fear to a number of criminals. Dawn Tempest preferred doing hand-to-hand combat then using his powers. But will use them if he really needs to.